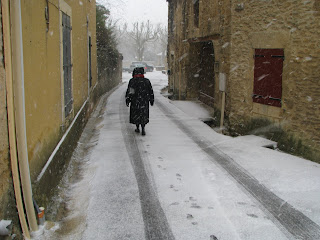 Do you remember the first scene in the movie Chocolat (If you haven't seen it, it is fun)? The wind, sweeping up from the valley, and the snow, dancing through the air, followed Vianne and her daughter into their new village.

Yesterday, we replicated that picture here in Vers Pont du Gard. If only I had had Vianne's red cape instead of just a red scarf. We had about four inches of snow and no one could get up our gentle street (Ah, it is a one way 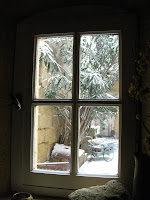 street----down. I wonder if all the other village streets were impassable also?).

Marseille was totally closed as the trains had stopped all the way thru southeastern France. Tomorrow, yes, there is more snow predicted. We shall see.

Brrrrrr, it is cold. 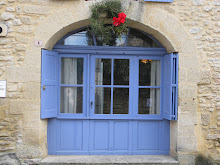 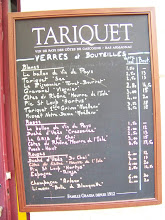 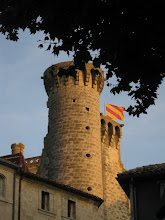